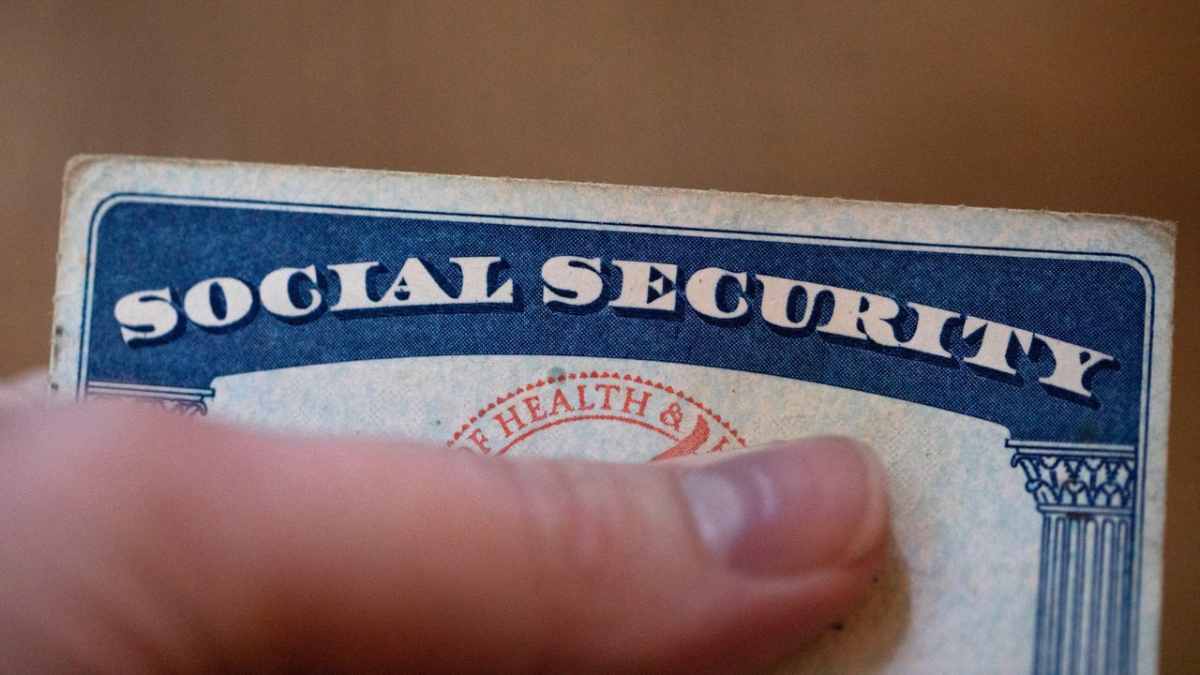 Social Security: Following changes to Social Security in 1983, benefits are now expected to be payable in full on a timely basis until 2037, at which time the Trust Fund reserves are expected to be depleted.1 By the time the reserves are depleted, ongoing taxes should be sufficient to pay 76% of expected benefits. Thus, Congress will need to make changes to the intended benefits and revenue sources of the program in the future. The Social Security Board projects changes equivalent to an immediate cut in benefits of about 13%, or an immediate increase in the combined payroll tax rate from 12.4% to 14.4% , or a combination of these changes, would be sufficient to allow full payment of benefits provided for the next 75 years.

Since the inception of the Social Security program in 1935, scheduled benefits have consistently been paid on a timely basis through a series of ongoing legislative changes. Social Security provides a basic level of monthly income to workers and their families after workers reach old age, become disabled, or die. The program now provides benefits to more than 50 million people and is funded by the payroll taxes of more than 150 million workers and their employers. Further program changes are a certainty as Congress continues to evolve and shape this program, reflecting the desires of each new generation.

Annual Reports by the Trustees

The Social Security Act requires that the annual report include the financial transactions of the trust funds during the most recent past year, the expected financial transactions of the trust funds during the next 5 years and an analysis of the situation program actuarial. Recent financial operations and planned operations for the next few years take the pulse of the program. The actuarial status of the program is intended to provide an early warning of any potential longer-term financial issues or challenges that the program will face.

The longer-term analysis of the actuarial state of the Social Security trust funds provides Congress with essential early warning of future challenges and allows time to make desired changes in a careful and thoughtful manner. Although legislative changes can sometimes seem to be decided at the last minute before a crisis, the long notice of financial challenges provided by the trustees in the annual reports has always encouraged a broad reflection on the options for change that allow any possible modification of the law to be based on a solid analysis and on taking into account an overview of the possible changes and their effects.

Solvency of the Social Security Program

When individuals look at the financial situation of the Social Security program, they often ask, “Am I going to get my benefits?” Assuming there is no future change in the law, this question can be answered directly by focusing on the “solvency” of social security trust funds. The solvency of the social security program is defined as the ability of trust funds at any time to pay in full the benefits provided by law in due time. 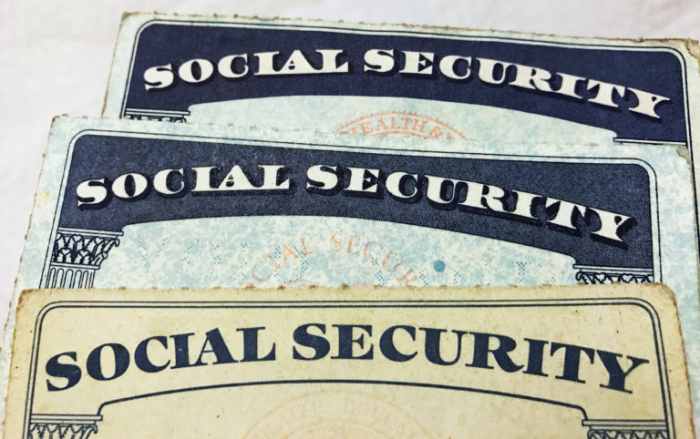 The two Social Security trust funds, that of Old Age and Survivors’ Insurance (AVS) and that of Disability Insurance (AI), are specific. In addition to the Medicare program’s Hospital Insurance (HI) trust fund, the OASI and AI trust funds have the important feature that benefits can only be paid to the extent that the trust funds actually have assets to draw upon. to pay benefits. Unlike the rest of federal government operations, these three trust fund programs do not have the ability to borrow in order to continue paying benefits when dedicated taxes and trust fund reserves are not sufficient.

Since the ability of these programs to pay benefits is directly dependent on the availability of assets in their respective trust funds, the existence of assets over time in the future is the critical indicator of solvency. From the 2009 Trustees’ Report, Figure 1 shows that under the Trustees’ Intermediate Assumptions (Alternative II), the combined AVS and AI trust fund assets will soon peak at over 350% of the annual program cost, but will then reach decline, reaching exhaustion in 2037.

Although the financial situation of the social security program is most often considered on a combined basis, as if there were only one trust fund, there are in fact two separate trust funds, one for the program AVS and the other for the AI program. Old age benefits were enacted in 1935 and began to be paid on a monthly basis in 1940. Benefits for disabled workers below the NRA were not enacted until 1956. A separate trust fund was maintained for the DI program ever since. , partly in recognition of the special nature of disability and the desire to maintain close attention to the funding of these benefits.

The concept of sustainability for the social security program has come to have two distinct meanings. The first only considers the simple question of whether the dedicated tax revenues currently provided are sufficient to adequately finance the benefits currently provided for in the law, without any modification of the law. The second examines whether the current program structure, with a defined benefit reflecting average career earnings levels and a flat tax on wages up to a specified earnings level, is viable for the future.

The first, simpler concept of financial viability under current legislation is relatively easy to assess. As the projections under the trustees’ intermediate assumptions illustrate, changes in benefits or tax revenues in the future will almost certainly be necessary to avoid the depletion of trust funds. In the relatively short term, by 2020, the specific needs of the DI Trust Fund must be met.

By 2037, the overall projected shortfall in programmed financing must also be closed. As noted in the 2009 Trustees’ Report, the 75-year shortfall projected under intermediate assumptions for the OASDI program could be made up by benefit reductions equivalent in value to an immediate 13% reduction in all benefits, an increase revenues equivalent to an immediate increase in the combined payroll tax rate (employee and employer) from 12.4% to 14.4%, or a combination of these two approaches.

A Range of Financial Measures

The financial situation of the OASDI program can be viewed in several ways. As noted earlier, the most fundamental consideration is whether the expected benefits will be payable on a timely basis (solvency), as indicated by having positive trust fund reserve levels. The depletion of trust funds, which is currently expected to occur for OASDI in 2037, would mean a sharp drop in the level of benefits that can be paid. Thus, a projected trust fund exhaustion date represents the time at which a change must occur.

Congress can be expected to act at this time to avoid the disastrous consequences of inaction. A second fundamental consideration mentioned above is the sustainability of the program on financial and political grounds. Two-way sustainability can be reasonably addressed by considering the share of the economy’s total output (GDP) that will be required to support the benefits provided by the program.

We often wish to express in a single number the result of a complex process. Historically, a single summary figure, called the actuarial balance, has been used as a measure of the financial condition of the OASDI program. The actuarial balance expresses the difference between the resources available under current law and the cost of benefits provided under current law, over the next 75 years. In the 2009 Trustees’ Report, under intermediate assumptions, the actuarial balance is negative, indicating a shortfall for the entire period equivalent to 2.00% of the taxable payroll over the period. Although this measure is convenient because of its simplicity, it is of somewhat limited utility in isolation.

Uncertainty of the Future

Cost and revenue projections for the OASDI program are inherently uncertain. This uncertainty is expected to increase for longer periods in the future. Trustees attempt to illustrate the nature and extent of uncertainty in annual reports in several ways. High-cost and low-cost alternatives to intermediate sets of assumptions have been mentioned previously.

These alternatives provide scenarios in which the key assumptions used to project the financial condition of the program are assumed to collectively differ from the best estimate in a positive or negative direction. Each parameter is assumed to differ by a plausible amount from the intermediate expectation, so all parameters are unlikely to differ in the same direction. As a result, the three alternative projections produce a wide range for the program outlook.

The requirements of the law regarding the annual report of the board of directors of social security are specific as to the nature of the analysis desired. Although the OASDI program relies heavily on solvency trust fund assets, and these assets are held in Treasury securities, assessing the actuarial status of the program is separate from directly examining the implications for the budget of the federal government.

Trust fund assets must be invested in interest-bearing securities secured as to interest and principal by the full faith and credit of the US government. Accordingly, all assets are currently invested in non-marketable Treasury special issue bonds. In rating assets and liabilities for the federal government as a whole, trust fund assets are generally assumed to be a wash: one asset for the trust fund, but an equal liability for the General Treasury Fund. This is a valid perspective, but it does not diminish the claim that trust fund assets have for future liquidity should it be needed.

What is Causing the Financial Status to Show Shortfall?

With the current tax rate of 12.4%, plus additional revenue from federal benefit income taxation. The OASDI program collected more tax revenue than it spent to provide services for more than two decades. However, this favorable cash flow will change in the future as the large baby boom generation. Born from 1946 to 1965, retires. The oldest people in this generation have already reached early retirement age. And the transfer of this generation from working age to retirement age will continue for the next 20 years.

The substantial increase in the cost of the OASDI program from 2010 to 2030, both as a percentage of taxable payroll and GDP. Is based on an even more fundamental change in our economy. The change in the ratio of beneficiaries to the number of workers.

Social Security’s combined trust funds increase with the help of interest income through 2020 and allow. Full payment of scheduled benefits on a timely basis until the trust funds become exhausted in 2033. At that time, projected continuing income to the trust funds equals about 75 percent of program cost.