Home > Gadgets > What Is A Smart TV For?
Gadgets 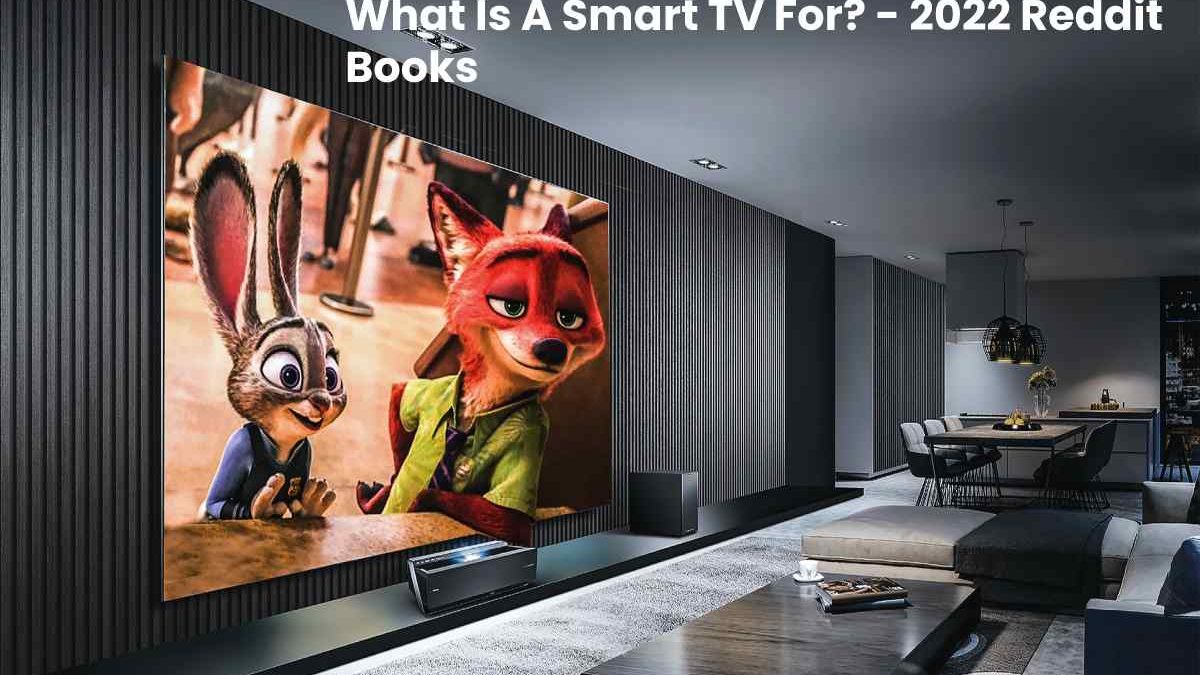 Smart TV to tell you what a Smart TV is for, but I tell you that this is little compared to what can be done.

It is obvious that from a Smart TV you can watch television , but it is something that must be clarified, because some are confused.

But beware, we can watch television in many different ways, because some incorporate only DTT and cable tuners .

But others also have a satellite tuner , which will save us from putting an external tuner.

I suppose that if you are one of those who like to watch television, you will want to record a program if it catches you outside your house. Well, if your television is of a medium or high range, surely it has this function.

It is enough to buy a hard disk since most do not record on a flash drive and record everything you can and want, of course.

I think that being able to watch streaming videos is the most common use of a Smart TV, to the point that many people no longer watch conventional channels.

With your Smart TV you will be able to watch Netflix, HBO and other video channels, YouTube and the like and all without needing any external device.

I assume you already have your Smart TV connected to the Internet . And if you haven’t yet, it’s about time you did. Once connected, know that you can browse the Internet just like you do from your computer.

I recommend that you connect a good keyboard and enjoy the content, which is more comfortable and easier to do anything.

We cannot compare a Smart TV with a console, but you can play games .

Some simpler, others more complex, but they will surely give you a good time of fun.

If you can’t get past being up to date with what’s happening in the world, from your Smart TV you can check the news of the day .

Depending on which application you use, it will bring different options to be able to access this information in different ways, without even having to open the application.

From your Smart TV you can see the weather for the day.

Very interesting thing if you want to go out to play sports or simply to know what awaits you on the way to work.

If you are one of those who spend a lot of time on social networks , I will tell you that you can configure them on your television and thus leave your computer aside.

I have friends and family who have directly put aside the computer and many of the tasks, such as networking, are done from the television, which is always closer at hand.

I know that this is already something basic and that surely you must know it. But I am one of those who prefer that everyone knows what they have, no matter how little technology knowledge they have.

So surely your television incorporates a USB port in which you can put movies, photos and music and watch them directly.

Yes, there are older models of Smart TV, which have 3D technology and it’s silly that you don’t take advantage of it.

So I recommend that you read the article on how to watch 3D on your Smart TV and enjoy it as if you were in the cinema.

If you have family abroad, surely this will come in handy. You can take your TV and make video calls with Skype and people who also have an account. And if they don’t do it, it’s free.

Don’t worry if your TV doesn’t have a built-in webcam because you can certainly add one. Or at least almost all the new ones that don’t come with it as standard.

Have you seen that with your mobile you install an application and suddenly it has another use? Well, a Smart TV is the same.

You can do many things, depending on the applications you install, so the possibilities are endless.

Advantages Of A Smart TV

some of the advantages of a Smart TV .

you save the computer

The main advantage is that you don’t need a computer or other devices to perform some of these tasks.

Moreover, thanks to Smart TVs, computers are used less every day, since a television is a device that is used a lot daily.

You Save A Player

You avoid putting a Blu-ray or other player, because you can watch movies and series in streaming .

And adding the advantage of not having more devices and cables involved .

Before we needed several devices to do all this and now with just one we can do what we used to do and much more.

It’s what I like about technologies, that we advance for the better.

The Power Of Apps

As with smartphones and tablets, we can install applications to our Smart TV to add functions.

Today, each brand includes a series of applications on its Smart TVs and in some cases the same and in others different.

But we are not limited, we can install or uninstall the applications we want with a single click as long as there is space in the internal memory .

If our Smart TV does not have a functionality, do not worry because they may be working on it so that we can enjoy it shortly.

That is why it is important before choosing a Smart TV, to know if it has the applications we need .

Today and as in other devices, there are several operating systems for Smart TV depending on the manufacturer.

I make a summary of the best known brands:

Keep in mind that this progresses very quickly and that in addition to the possibility of the manufacturer changing the operating system from one year to another, some do not include these operating systems in all models.