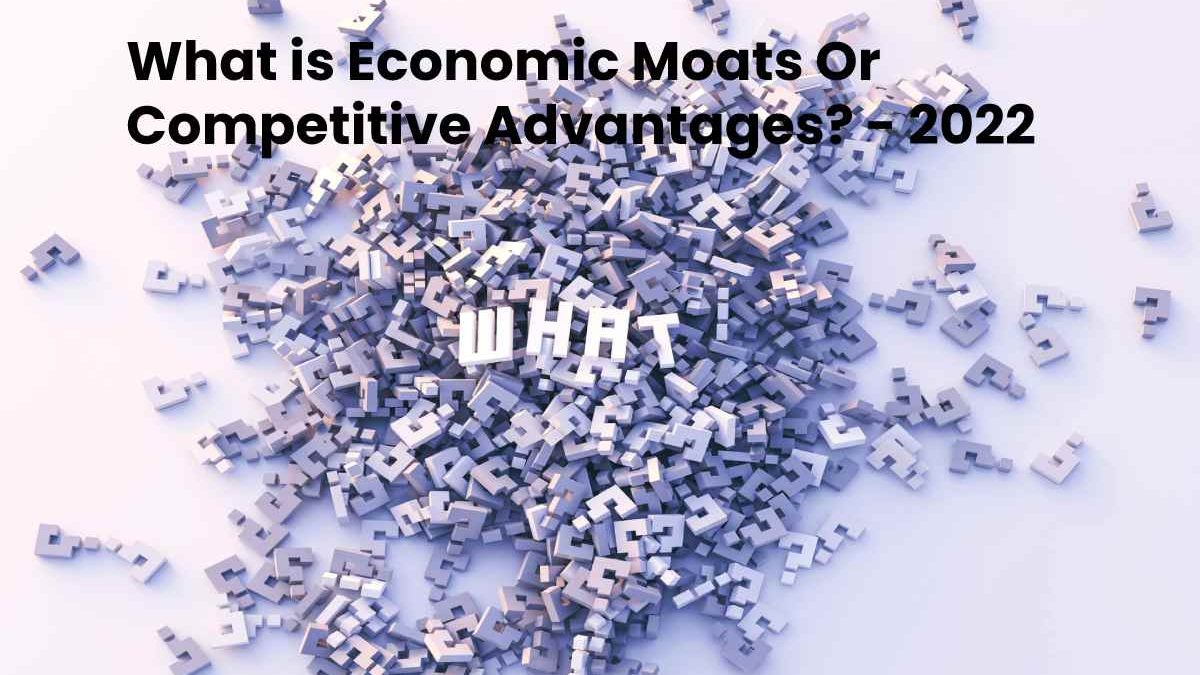 What Competitive Advantages Or Economic Moats?

Economic Moats The term moat was first coined by Warren Buffett drawing a parallel to medieval castles. These have as their first defense a moat that, depending on its width and depth, will offer robust protection against potential invaders.

If we take this to business, we can see it as our business model is the castle, what we want to protect, and it is what generates the high returns on our capital. At the same time, we want to protect it from a third party that wants to replicate the idea and obtain the same profitability, which would make our profit margins now lower. At the end of the day, a company with a defensive moat, which therefore generates more money over time, is worth much more today than one that does not.

For this last simple reason is that they are so important. If we were looking for a company with a return of 20% but there is nothing that prevents the competition from repeating the model, then after a very short time we will be with an investment that generates perhaps 5% or less, to give you an idea. This would lead us to have to take the trouble to find another company with the same characteristics that led us to buy the shares of the first one

Determining Whether Or Not They Have An Economic Moats

Is a very important and not a simple task. Not always what seems to us a competitive advantage is, ending up being so weak that it doesn’t even look like a small stream. It is vitally important that an analyst take the time to thoroughly study the business to realize whether or not he is really in front of one, and also the strength.

A very good product, a large size, a well-executed idea or good management are not enough, they are desirable because they will give us better profits but they cannot be sustained over the years, which is what an investor of value interests you.

Structuring the analysis can be a good idea to start with, this way we have everything organized and it is much easier to form an opinion. But not only that, if we separate the defensive moat into one or another category, it could have several as well, then we can determine how resistant it is, and better yet, what potential dangers it can face that will erode it.

For this reason, the author speaks of four types with a fifth that is a particular situation of one of them but that deserves its category.

the brand not only makes a product recognizable, but it also often allows you to charge more for it, for example, Apple is one of them. But that does not mean that it is an inferior product and that people only buy because of the recognition it has, it can also represent something for that person, such as the quality or the incomparable flavour that it has,

in the case of Coca-Cola. The problem with this is that if the mark loses its shine it will probably be difficult to get it back. At the same time, it is not one of the strongest that exists, since countless companies have a notable brand but struggles to improve their margins, that is, they cannot raise their prices without breaking the relationship with the buyer.

Patents can be better moats than trademarks but up to a point. The fact of persecuting those who infringe a patent generates great to wear and is that they are not very difficult to jump. It is that the patents are not general but of certain aspects of the product. Such as functionality or design, which invites us to look for ingenious mechanisms to “copy” them.

Nor do these usually last forever, today you can have one for a very good product but tomorrow the competition brings out one that solves the problem in a better way and yours is worth nothing. The recommended thing with them is that the company has a portfolio with a large number of them and that the company has a reputation for being innovative.

The licenses and restrictions given by the state can generate artificial monopolies. These allow companies to charge large margins on their products. And it is that by not having competition and no limitations on the part of the government when it comes to charging for their products. There is probably a great competitive advantage.

The cost of switching is perhaps a very interesting one because it makes it difficult to lose customers. So the high cost of acquiring it at first is quickly amortized over time. Thus. Banks do the impossible with their advertisements and benefits as long. As you open an account there and collect your salary. Knowing that in the long run, they will end up benefiting from you.

There are many ways for a company to achieve this. Such as the integration it has with you or your company. If you have everything set up with your service or product. It will surely be difficult for you to change to a new one. Even when you know it could be better. Also if that involves a large outlay of money, not everyone is willing or able to do it.

And of these there are many. You just have to find companies that make it so that a person cannot get out of them only. Thus allowing them to charge higher prices than their competition for that.

The network effect can be seen as a particular case of switching costs. But since it is such an important moat, it certainly deserves a separate place. And this is because the greatest value these companies offer is precisely the number of people who use it.

If you look for a job on a web page of which there are many. You will surely do it on the largest one. Measured in the number of users. Because that way you will ensure that there are more offers. The same happens with pages for buying and selling goods. It being desirable that there are more buyers for your products and more offers and better prices to acquire others.

Also Read: How Does AI Adapt To A Pandemic?

Austerity - What Is Austerity? Economic Austerity, and More